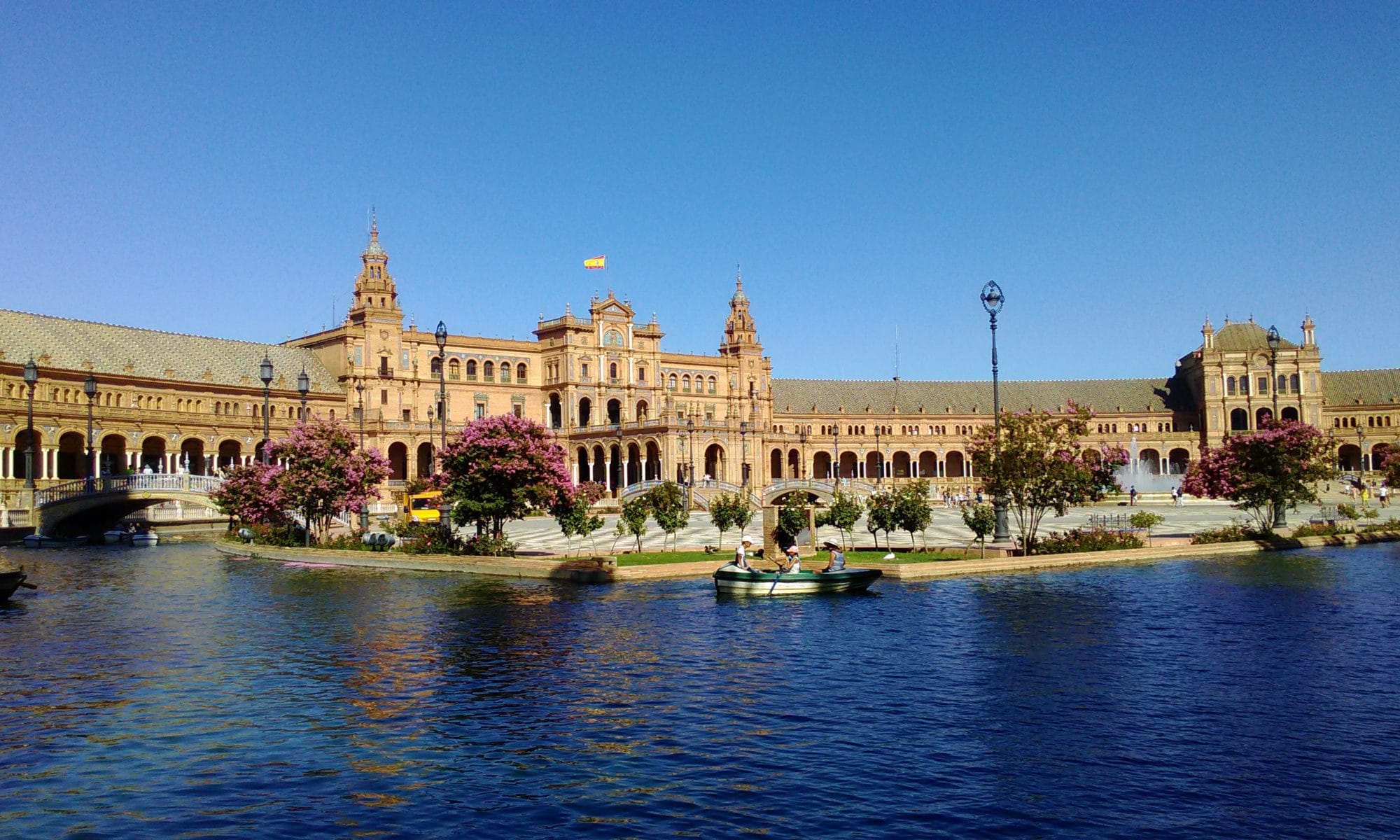 After our visit of Granada and Cordoba described in the last post, it’s time to move on to the next city! The last step of our holidays brings us to the capital of Andalusia, Sevilla… and what an ending! Sevilla is amazing, a truly alive city, full of people, bars, and stuff to see.

The Cathedral and the Alcazar

Our first stop is the immense gothic Cathedral, the largest in the world. It’s so big that the sacristy, where the priest vest and prepare before Mass, is as big as a regular church!

Inside there are many things to see, like the tomb of Columbus, a huge organ, and paintings. The masterpiece is the main altar, the largest in the world, composed by 36 reliefs with scenes from the Bible.

Also this Cathedral was built on top of an old mosque, although it is not as immediately clear as it was for the one in Cordoba. The bell tower, called Giralda, is actually the old minaret, and you can walk (yes, walk as there are no stairs, only a long ramp!) until the top to enjoy a beautiful view of the city.

Close to the Cathedral there is the Alcazar, a royal palace, and its gardens. It is one of the most beautiful of such mudejar palaces, a style created after the Reconquista by Christians but highly influenced by the Moorish taste. This influence is visible in the façade of the palace, in the courtyards, in the columns and arches, all decorated with motives similar to the ones we already saw in the Alhambra, but glorifying the kings of Spain. The complex is really big but the visit is really worth the time:  we spent more than three hours in there, without realising it!

Wandering the streets of Sevilla

While wandering in the streets of Sevilla, we decided to stop at the Casa de Pilatos to avoid the afternoon heat. It is a private house, mixture of Italian Renaissance and mudejar styles, filled with azulejos, painted tiles. The house is amazing, and the audioguide, included in the price, is really informative, but quite verbose as well.

The Archivo General de Indias was a nice surprise. The entrance is free and, depending on the time, you might find some interesting exposition. You can find the program, in Spanish, following this link. In our case it was about the engineering works necessary for the colonisation of America. The building hosts many of the originals documents about the discovery of the New World, among them are the letters exchanged between Columbus and the Spanish royal family.

As you may know, Flamenco was born in Sevilla so we couldn’t imagine finishing our trip without seeing at least one show. We were lucky enough to find it at plaza de España. The guitarist had crazy fast fingers, the singer an incredible voice and the dancers were super dexterous with castanets and tap dancing shoes.

We were so lucky that we coincided with the fiesta mayor of Triana, the quartier on the other side of the river. The fiesta mayor is the celebration organized by a quarter, or city, in the same days every year. It comprises live music, food and beers, lots of people and lots of fun, all night!

And with Sevilla we closed our trip in Andalusia, another fantastic region of the beautiful Spain. We actually spent some time in Huelva too, but a wedding does not leave much time to explore the area!

Among the many fun memories we bring back with us:

2 Replies to “Sevilla: the end of our Andalusian adventure!”