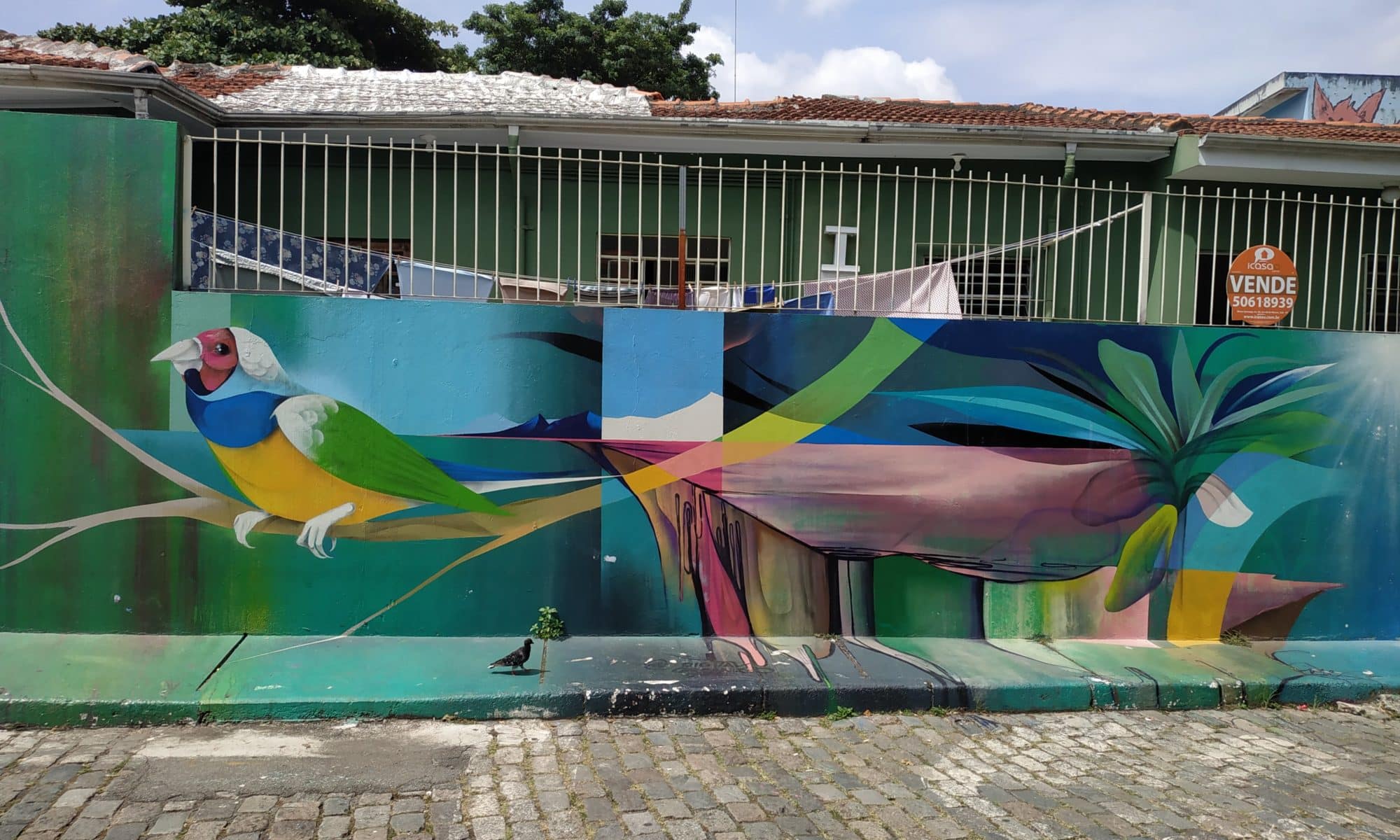 After a lot of talking and preparations, most of which we described in the last post, the time to leave Paris has finally arrived. A quick transfer in Madrid (just the time to get a bocadillo con jamon), and 11 hours after we are in Sao Paulo. The impact with the city is strong: huge, chaotic, a hot and humid cement metropolis. We arrived on a Friday morning during rush hour, which doubled the usual hour to get to the city center by bus.

We booked a hotel close to Avenida Paulista, one of the most famous street of the city. It’s not the cheapest area, actually it’s one of the more expensive, but apparently also one of the safest. Many people actually warned us about possible bad experiences so we decided to pay a little bit more to be more relaxed. We can happily say that we did not have any problems during our stay there.

After leaving the backpacks in the hotel, we walked the full Avenida Paulista direction beco do Batman. The beco do Batman is a part of the Vila Madalena neighborhood completely dedicated to street art. In the 80s a graffiti of the superhero appeared in the area starting a trend very much alive to this day. The paintings are amazing, covering every single wall for four streets, and many others in the area. We love to spot street art in all the cities we visit so we really enjoyed this neighborhood.

The following day we went to the Ibirapuera park. It’s a big park, with a lake, several museums and a lot of green and flowers. In sunny days it fills up with paulistas looking for some fresh air. After a beautiful and lazy stroll we entered the Afro Brasil museum. We had the luck of going there on a Saturday, which meant free entrance! The museum is really interesting. It describes the story and traditions of the Africans, and their descendants, living in Brazil, from the deportation of the slaves until today. We were just a bit disappointed by the total lack of any explanation in any other language than Portuguese.

Sao Paulo is a huge city, but not really a touristic one. We decided to stop there for purely economic reasons: it is cheaper to fly there than to Buenos Aires. But we really enjoyed our short stay there, among street art and relaxing walks in the park. We even managed to meet a friend who arrived just before we left!
We left Sao Paulo by bus to reach the waterfalls of Iguazu. It took us seventeen hours! We will tell you all about it in our next posts!

2 Replies to “Our two days in Sao Paulo”