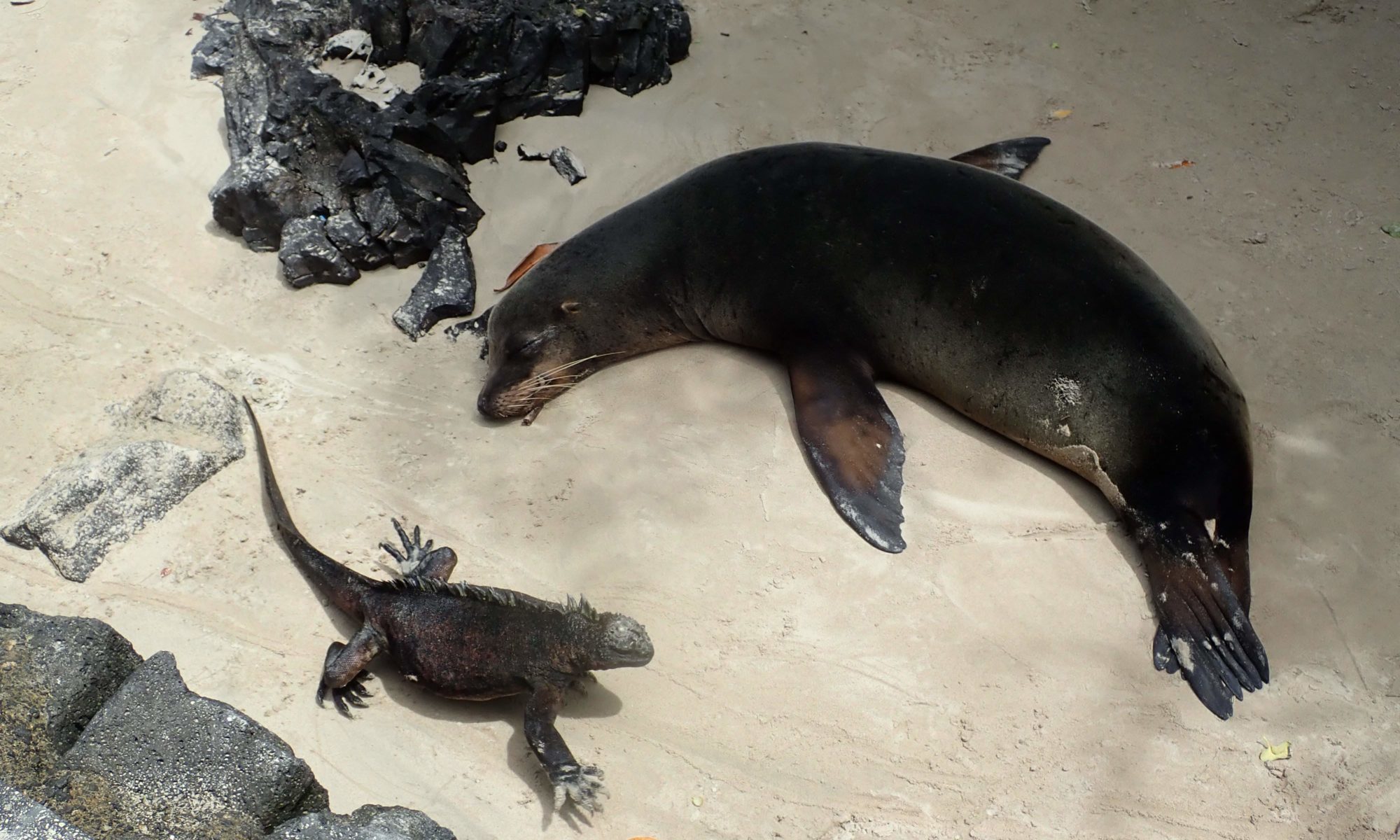 After the post about Santa Cruz, we talk about another major island in the Galapagos: Isabela. With some activities to do on a low budget as well!

Isabela is the biggest island of the Galapagos, but it does not have an airport. The only way to get there is by boat. A one-way ticket from Santa Cruz to Isabela costs 25 to 30 $. Most of the agencies sell them for 30 $, but you can always find at least one cheaper place. For example, in Puerto Ayora you could go close to the supermarket by the pier.

Although, as it happens a lot in the Galapagos, the price of the boat is not all. You will have to pay for a water taxi from the pier to the boat and vice-versa upon arrival. The water taxi costs 50 cents on Santa Cruz and 1 $ on Isabela. Furthermore, the entrance on Isabela has an additional fee of 10 $ per person. So remember to bring enough cash to pay for it, otherwise you will have to go back!

The trip from Santa Cruz to Isabela takes approximately two hours. The ride is rather bumpy, even when the sea is relatively calm. If you ever got motion sickness problems, take a pill. Paolo never had such problems in his life: he could read and write easily on the bus through the Andes. However, when going to Isabela with a rough sea, he had to be careful on what he was doing.

Only the southern part of Isabela is inhabited. The main city is called Puerto Villamil. There are two ATMs in the city but they are reserved to Ecuadorian credit card. So, remember to withdraw enough cash beforehand to be able to pay for your staying, and for the boat to come back!

Concha de Perla is an amazing free snorkel spot, close to the dock. You will need to take a wood walkway passing through the mangroves until a small pier. Along the way you will most probably have to zigzag among sleeping sea lions.

From the pier you can enter the water and enjoy the many fishes close to the rocky bottom or the mangroves. With a little chance you will be able to see turtles, rays, sharks, Caroline even saw a penguin! Here we were able to swim with a small sea lion, an incredible experience.

The breeding center on Isabela is located at the end of a 2 km walk. Along the walk you’ll pass through different small lagoons where you might see flamingos!

As for the one in Puerto Ayora, this breeding center hosts the native species of the island. The shell of one of them is flat! It was here that we understood the real importance of the breeding centers scattered along the islands.

It’s the most expensive excursion on the island, but with a reason. There are two turns, one at 7 am and the other at 11. We would recommend the 11 am one. Not only you will be able to enjoy a lunch (included in the price), but it’s also the best time to enjoy the marine life.

After a small boat ride, you will get to a solitary rock in the middle of the ocean. It is home of a lot of different birds which fish around it. We were able to see a huge school of big fishes, close to the water surface, right in front of the rock.

Shortly after you will arrive at the actual tuneles. These are lava tunnels, created by a volcanic eruption and molded by the sea. They form small islands, bridges and caves. Right after lunch, you will disembark on one of these small islands to take a short walk.

The tuneles are home to a lot of different species, but the most famous one is the blue-footed booby.

The color of their feet is directly related to their diet. The more they eat, the more blue their feet are. A deep blue is then a sign of good health. Males display their feet as a mating rituals!

We were lucky enough to see two couples with kids, one of the couples with two of them. As our guide said to us, this is quite rare. Normally the boobies lay two to three eggs, but each egg open with a one week diffrence. The oldest bird would then steal the food of its siblings, which would eventually die. That is unless the parents are able to provide enough food for all of them.

The tour concludes not far from here, with some snorkeling. The renting of all the equipment and the videos that the guide shoot are included in the final price. When in the water, you should really follow the guide. Not because it is dangerous, but because you run the risk of missing a lot of animals!

This was the best snorkeling session we did during our stay in the Galapagos. We jumped into the water and saw a turtle right away. After that there was not a minute that passed without seeing any animals. A school of golden rays crossed our path, entering the mangroves. Right after we saw two spotted eagle rays. There were also a lot of sharks, both black and white tipped. We even saw a stingray, a moray, and a seahorse swimming around. It was amazing!

On Isabela you also have the possibility to do a really nice hike. This would take you to the volcano Sierra Negra. The price includes the guide, transportation, and a box lunch.

The walk starts early in the morning to avoid the heat. Even if Puerto Villamil is cloudy, bring a lot of water, sunscreen and a hat. After walking ten minutes up, the sky will clear and it will get really hot.

Once you get to the top you will be able to see the inside of the crater. It is an impressive view. With a diameter of 11 km, the Sierra Negra is the largest active volcano in the world. It last erupted in 2018. The eruption did not create much problems to the local population since the lava moved towards the north, where nobody lives. Nonetheless, the park remained closed for six months.

While getting closer to the eruption site we could see the vegetation change. This side of the volcano is also the driest one, so only the toughest plants could survive. The last meters were instead completely barren. We were walking over small black rocks. Most of them showed metallic reflexes of different colors: silver, yellow, blue, purple… a true joy for the eye!

The actual point of the eruption is also high enough that, on a clear day, you can see up to the extreme north of the Isabela island, where the equator line passes!

Are the Galapagos worth the price?

So, after all these talking about money and the islands one might ask if they are worth the price. They definitely are! Visiting them is an amazing experience, worth to be done at least once in your life. To make the cost of the flight worth even more, you could plan to stay in Quito for some days: it’s much cheaper but has a lot to offer.