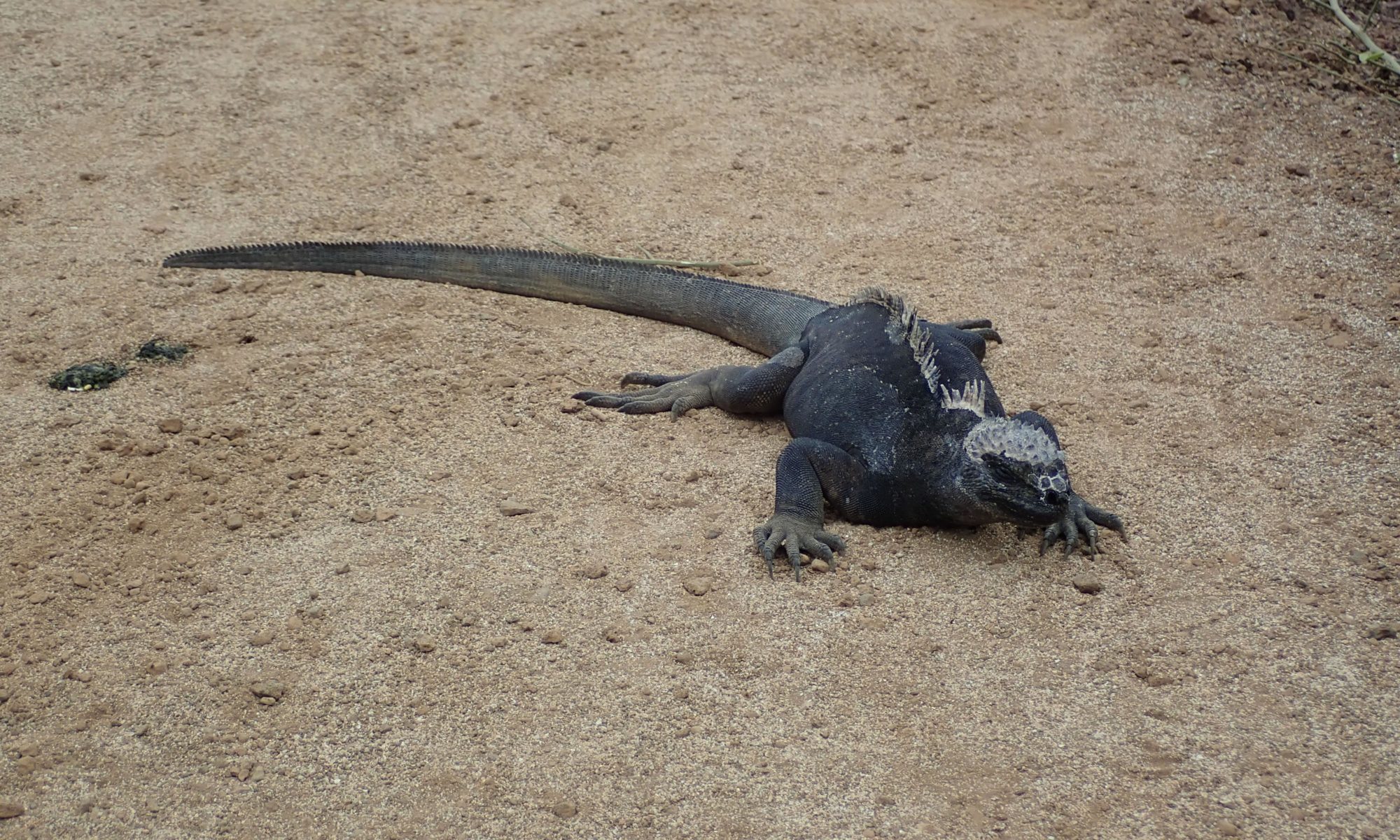 The Galapagos archipelago has always been synonym with wildlife. Made famous worldwide by Darwin’s studies that lead to the theory of evolution, they became the first Ecuadorian national park in 1959. Since then, the restrictions to ensure preservation of the native flora and fauna kept accumulating. These restrictions came hand in hand with a steady and significant raise in the cost of the stay on the island. But don’t worry, you can still enjoy the amazing animals of the Galapagos while being on a budget.

We spent eight days in the Galapagos, spending a total of 700€ per person, not including the flights. Everything else is included: food, hotels, activities, transportation, entry taxes. We did some expensive activity which we really loved but could be avoided in order to save money.

There are a series of expenses from which nobody can escape. Before taking your flight in Quito or Guayaquil you will have to pay a 20 $ tax (carta de transito).

At this point your bag will also be checked for any forbidden food: that includes, but are not limited to, different type of fresh fruits and seeds. All processed food can pass, so it is a good idea to bring some cans or precooked food to save some money on the island. We brought enough stuff to cover all our dinners.

You can arrive either on Santa Cruz or on San Cristobal, the only two Galapagos islands with an airport. Once you arrived on either of the island, you will have to pay an entry tax of 100 $. There is a 50% reduction for citizens of some South-American countries.

Our flight landed on Santa Cruz, or rather Baltra. The airport is in fact on a smaller island close to the main one. To get from there to Puerto Ayora, the main city on Santa Cruz, you will need to get a bus from the airport to the channel, then a ferry to cross it, and finally a taxi or another bus to get to the city. Each bus ride costs 5 $, the ferry 1 $, and an eventual taxi ride would be 25 $. The bus in Puerto Ayora would leave you at the terminal, which is just outside the city. A taxi from there to the city center would cost 1.5 $.

Santa Cruz is a really big island with plenty to do, even for free!

Puerto Ayora is the only city on Santa Cruz. The harbor in particular deserves a visit. Here you can easily find some sea lions, taking a nap on one of the benches. In the evening, once the harbor is more quiet, you will also be able to see some little sharks swimming around.

This area is where you can find all the agencies to book any tour you might want. You can also rent masks and snorkels, wetsuits (the sea can be quite cold), or fins. They usually cost 5 $ a piece for the whole day. You might want to use them on some free beach!

Not far from there is the fishermen market. There you can buy fresh fish or lobster, but, most of all, look at all the pelican, and sea lions, waiting for some food.

Perhaps the symbol of the Galapagos, turtles are an endangered species. Newborn turtles would most likely not survive in the wild. Indeed, a lot of animals introduced by man would either destroy the eggs or kill the newborns. Cows could stomp on them, rats could eat the eggs or the newborns, same for ants or dogs. In order to save the turtles, each major island has a breeding center, hosting the species of turtles of that island and the surrounding ones. The animals spend here the first years of their life, until they can be freed without risk. Each of these breeding center, or centro de crianza, is open to the public free of charge.

On Santa Cruz the breeding center is located just outside of the city center. Here you can find the turtles with the saddle-shaped shell. These are the turtles that named the archipelago! The kind of English saddle similar to they shells are indeed called ‘galapago’ in Spanish.

This place was also the last home of Lonesome George. Last of his species, George became a symbol of the human effect on the environment. His body is preserved thanks to taxidermy and can be seen in one of the room of the center, a part we found a little weird.

You can finish the visit of the breeding center by visiting the Charles Darwin station, to learn about the local flora and fauna, and the dangers they face.

Finally, before returning to the city, make a little detour to the Ratonera beach. Here you’ll be able to see a lot of iguanas laying around. Careful where you walk, they camouflage with the black rocks. And if you look closely at the rocks, you will also find a lot of crabs!

Quite close to the city center, you can find a very quiet lake called laguna de las ninfas. To protect the area, it is forbidden to swim in it. Nevertheless, there is a path going around the lake with some interesting information about the mangrove around it. This lake has some very specific marine life as it receives both clear water from the island and salty water from the sea.

At the end of a nice walk from the city, Tortuga bay has two main beaches. The first one is reserved for surfing as the current is very strong. It is 1 km long and, as the name suggests, it is here that sea turtles lay their eggs at night.

The second sandy beach is protected from the current. Here you can do snorkel or just enjoy the sun. When we came it was a cloudy day, the visibility in the water was terrible and its temperature very low. So probably the worst day ever to come. But we were still able to see some shark and a turtle… A bad day in the Galapagos is still a better day than anywhere else!

Las Grietas is a free snorkel spot not far from Puerto Ayora. To reach it, you have to take a water taxi from the dock for 80 cents. Then have to walk for a while, passing the playa de los Alemanes, a nice small beach.

After this small walk you will arrive to a narrow canyon, where you can swim and look at the wildlife. The site is already impressive, even without seeing any animal, and it surely deserves a visit. Since it is quite narrow, it tends to get a bit crowded when the groups of tourists arrive. We went there in the early morning and for quite a long time we were the only one in the water.

We did not see a huge variety of fishes, but a lot of them. In particular, we were able to swim for a long time with some parrot fishes. The reflections on their scales were amazing!

Are you bored of seeing turtles in breeding centers? You could go the reserva el Chato and see them in the wild! To get there you will need to take a taxi in Puerto Ayora. The price for the taxi, without any additional stop, is of 40 $. That same taxi will wait for you during the visit and bring you back to the city at the end. The more you are, the less you pay, so try to share it with someone. You will also have to pay an additional 5 $ per person at the entrance of the reserva.

You will be able to walk in a big grass plain where several turtles live freely. A lot of them will be cooling down in the mud pits scattered around, but some of them will be eating or “running” around. It is really nice to see them in their natural habitat.

Included in the ticket, there is also the visit to a lava tunnel. You will get under the earth and walk from one end to the other. It is really big, with just some parts in which it get smaller. We almost could not believe it was created only by the passage of the lava!

Why pay so much to dive when you can already see a lot just by snorkeling? To see even more, of course! There are several diving center in Puerto Ayora, and several diving spots around the island. The prices of the different centres do not vary much. They all include transportation, equipment, two dives, snacks and lunch.

Based on your level of experience, your diving center of choice will suggest some spots. For us, beginners, the choices were pretty much limited to the islands of Seymour Norte, Daphne Menor, or Mosquera. They are close to Baltra, the airport island, and present less current and difficulties than other spots. In the end we dived close to Daphne Menor and Seymour Norte.

The dive in Daphne Menor was amazing. As soon as we reached the bottom a big manta ray welcomed us, swimming around us for a while. We then stopped close to the bottom and a sea lion came and played up close.

After moving for a while we saw a seahorse the size of an open palm. Apparently these are typical from the Galapagos! Before resurfacing we stopped close to several school of fishes that were swimming around a group of turtles… breathtaking!

When we arrived in Seymour Norte the sun came out but the visibility underwater was poor at best. Although we were able to see another animal typical from the archipelago: the Galapagos shark. During our safety stop we were also surrounded by a lot of small fishes, a nice goodbye to the Galapagos depth.

In the next post we’ll tell you how to get to isla Isabela, the biggest island of the Galapagos, and what to do there!