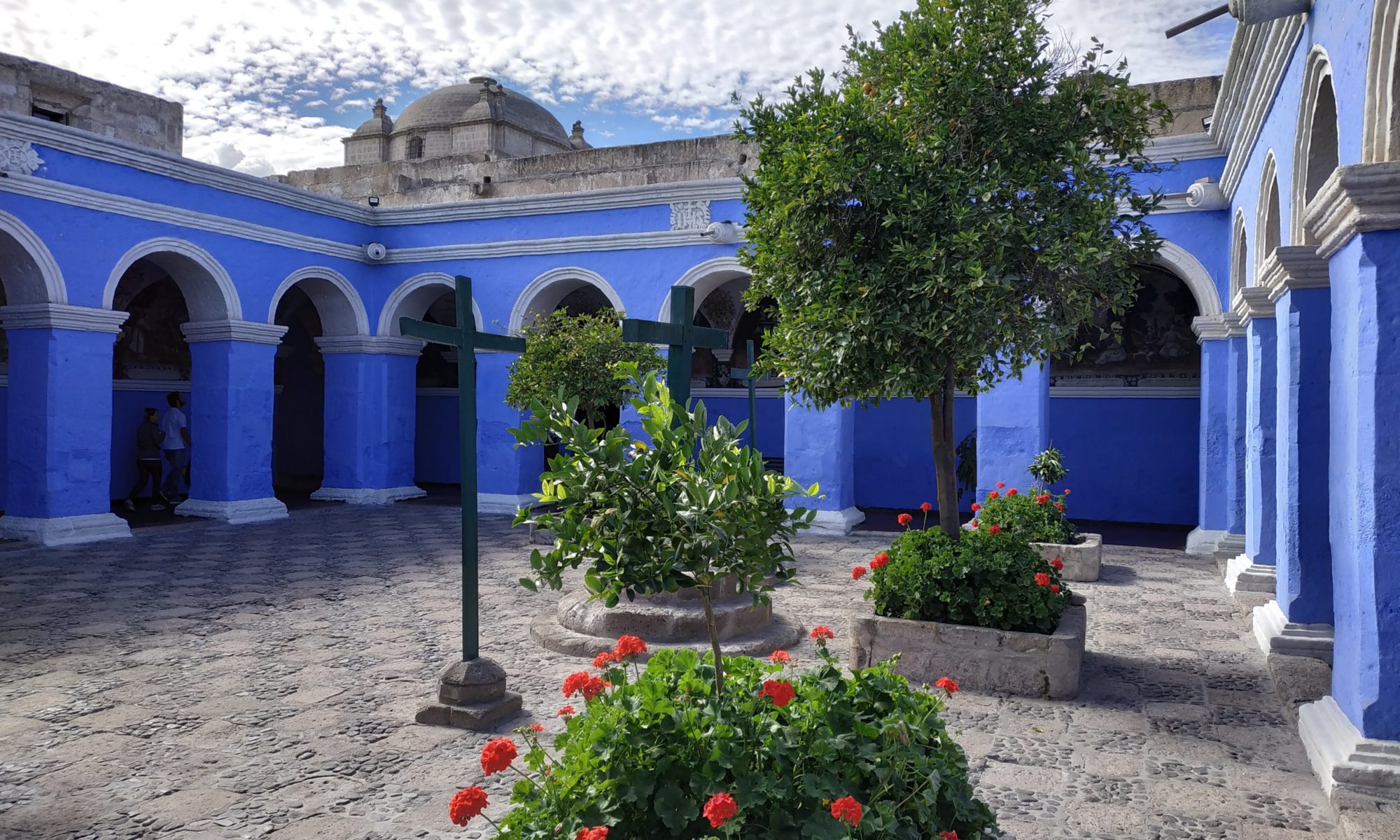 The south of Peru has more to offer than just Cuzco and the Titicaca lake. Here are some other ideas on how to spend some time in this amazing region.

Arequipa, the white city of Peru

The white city of Peru, Arequipa has a fantastic historical city center. Just by walking around you’ll be able to see the beautiful baroque buildings and façades, now hosting shops, banks and restaurants. Among the many churches you can visit, the most impressive is surely the one of the Jesuits’ company. In the sacristy you can appreciate a small chapel. It is completely covered by mural paintings of tropical flowers, birds and plants. This fantastic decoration was an homage to the work the Jesuits did in the Amazon.

While exploring the city, you might pass by a huge building: it is the monastery of Santa Catalina. Created for nuns coming from rich families, it is a proper city inside the city, with streets, squares, houses, and several kitchens. The internal walls are decorated with the most bright reds and blues, leaving the tourist in a state of awe. The visit takes easily half a day, or more!

When the Inca were under a natural threat, like a famine, human sacrifices were sent from the capital, Cusco, to every corner of the empire. These sacrifices were young nobles, the only one worthy to be offered to the Gods. They walked for weeks or months to reach the highest mountains. Here a shaman was drugging them and ritually killing and burying them. The cold and harsh conditions on these peaks contributed to the mummification of the bodies.

Some of these mummies were recently discovered and a nice museum was put together in Arequipa. Here you can see Juanita, an exceptionally well preserved mummy of a 13 years old girl, found in the region.

Ica, the desert and an oasis

When we arrived in Ica we had just one thought in our mind: get to the oasis of Huacachina and do some sandboarding in the desert around. We arrived in the early morning. It is not the best time if you want fancy photos with the perfect light, but it is perfect to make the most out of the buggy ride since there was almost nobody!

The driver of our buggy was sporty but without taking any unnecessary risks. Since we were only two, he took a smaller buggy. That made the ride so much fun! The desert is much bigger than what we imagined, extending for kilometres around Ica. Along the way we stopped three times on some high dunes. We took the boards, lay on them and slid down! The fun is directly proportional to the amount of sand you get in your shoes, underwear, pockets… We found some grains for months after!

The area of Ica is also famous for the Pisco, the national drink of Peru. This alcoholic beverage is made by the distillation of grapes. You can actually make a pisco route, where a guide will explain every step of the fabrication process and, at the end, you have a taste of all the different types of Pisco. And there are a lot! Older, younger, fruity… We were quite tipsy at the end of the tasting!

Nazca and the lines

There is only one reason you would want to visit the city of Nazca. It is not for its beauty but for the famous lines. They were created by the Nazca people as astronomical and religious signs. They used ropes to “draw” the shape on the ground, and then they moved the small rocks along the ropes in order to uncover the clearer soil underneath. This technique, together with the very stable desertic weather, helped preserve the lines until today. What is very impressive about those lines is not so much how or why they were created but really their size. Each shape is several hundred meters long, some of them even more than one kilometres!

There is a tower along the road that lets you see a couple of those shapes. But to really appreciate them you should fly over them. You can find many agencies in town: they will pick you up and bring you to the small airport. Once there you will need to wait for your turn. And it could take a while since, if for any reason the visibility is not great, all the flights are delayed. Be sure to keep it in mind if you are planning to leave right after.

The flight is made on a small 6-seat Cessna. The two pilots talk all the time, saying where to look and some jokes to ease up the more nervous. In order for everyone in the plane to see the lines, the airplane tilts by more than 45 degrees on each side for each shape. That could be really tough on your stomach, better to take a pill against the nausea.

The lines are really impressive. The level of details and scale of the shapes says a lot about the skill of the Nazcas. Apart from the geometrical shapes, most of them are inspired by nature: spiders, condors or even a man, an astronaut according to someone.